The next school to have their 10 top athletes revealed is Hoggard. A total of 16 people voted and the results will be released throughout the week. 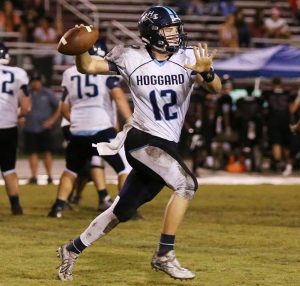 Jones was a three-year starter at quarterback and also played basketball and competed in track & field. On the football field, he helped guide the Vikings to 29 victories, including a 13-1 record and a berth in the 4A East final as a senior. Jones threw for 6,056 yards, 69 touchdowns and only 16 interceptions. He also completed 61 percent of his attempts and rushed for 963 yards. As a senior, Jones went 177-for-264 for 2,836 yards and 43 touchdowns. He has continued his career at UNC Pembroke, where he has thrown for 3,483 yards and 25 touchdowns in his two years as a starter.

“Josh was a three-sport athlete that displayed incredible will and determination to succeed on the field, court, and track.  He had a competitive chip on his shoulder that he was going to find a way to lead his team to victory.  We always knew we had a chance if we could get the ball in Josh’s hands one more time.” – Anonymous voter 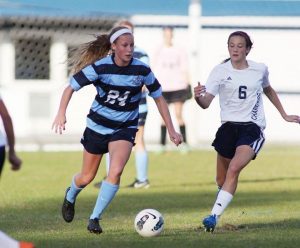 The two-sport standout played four years of varsity basketball and soccer and helped the teams win a combined 147 games. Haywood guided the basketball team to the 4A East final as a junior and led the team in points (12.1), assists (3.3) and steals (2.8) as a senior. As a defensive midfielder on the soccer team, she helped the Vikings win 75 matches and reach back-to-back 4A East finals in 2014 and 2015. She was named to the N.C. Soccer Coaches Association All-State Team her senior year. Haywood went on to continue her soccer career at Western Carolina, where she played in 44 games and scored three goals in three seasons.

“Emma was not only a terrific athlete, but also an outstanding young lady. It was evident from her freshman year that she would eventually become one of Hoggard’s greatest athletes. This is a very deserving honor for her.” – Anonymous voter 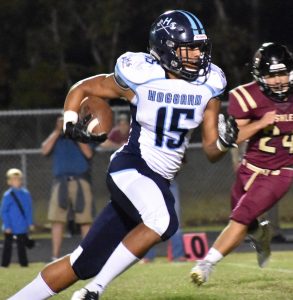 Toudle shined as a football player in the fall, member of the basketball team in the winter and track & field athlete in the spring. In two years on the basketball court, Toudle scored 330 points and grabbed 322 rebounds while shooting 53 percent from the field. He won the high jump at the Mideastern Conference Track & Field Championship as a sophomore and junior and finished fourth as a freshman. As a wide receiver on the football team, Toudle hauled in 53 catches for 871 yards and 14 touchdowns in two seasons. That helped him sign with N.C. State, where he took a redshirt year in 2020.

“Chris was a terrific representative of what being a Hoggard student-athlete is all about. Multiple sports, fierce competitor, a leader on and off the field and court and a joy to coach.” – Anonymous voter 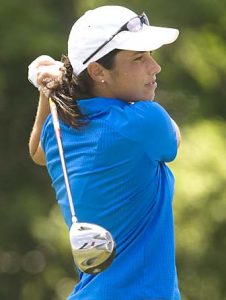 Jarman is one of the greatest female golfers in Hoggard history. She won the East Regional as a senior at Pine Valley Country Club with a 73. A year earlier, Jarman was third at the regional with a 78 and then helped the Vikings finish third at the state championship. Jarman went on to have a very successful career at UNCW, where she had a career stroke average of 76.46. She also played in the 2006 U.S. Women’s Open in Newport, Rhode Island.

“Michelle was the prime example of what it means to be a student-athlete. She excelled both on the course and in the classroom and went on to achieve great success after leaving Hoggard.” – Anonymous voter 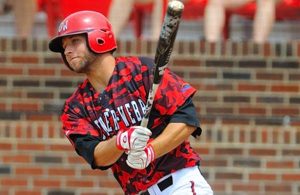 Coleman was a three-time All-State selection as the member of the Hoggard baseball team. He finished with a .518 career batting average, 18 home runs and 94 RBI while striking out only five times. Coleman hit .521 as a senior, .564 as a junior and .477 as a sophomore. Coleman also played two years of golf. As a sophomore he shot 81 on the final day of the 4A State Championship in the morning before driving back to Wilmington and going 3-for-4 with a home run and four RBI in a second round baseball playoff win over New Bern.

“Scott was one of the best hitters to come out of New Hanover County.  He picked up baseball again his sophomore year, and when he did he hit over .450 and then hit over .500 the next two years.  A one of kind athlete and a better person that comes from a great family.” – Anonymous voter 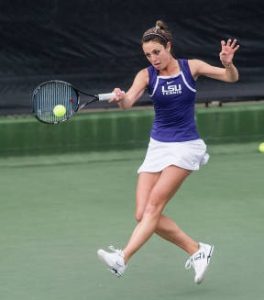 Burns is the most successful tennis player to come from Wilmington. She claimed three state titles during her time with the Vikings. She won 4A singles title as a sophomore and junior and teamed with Maggie Dickens to claim the doubles title as a senior. Her 65 career singles victories is second in school history and her 47 doubles wins are third. She finished with a combined singles and doubles record of 112-3 (one loss was an injury default). Burns went on to continue her career at LSU, where she won 62 singles matches and 46 doubles matches.

“A remarkable student athlete, Kaitlin is a kind, unselfish and caring person. She led by example both on the court and off it and her accomplishments prove she is the best high school tennis player in Wilmington history.” – Anonymous voter 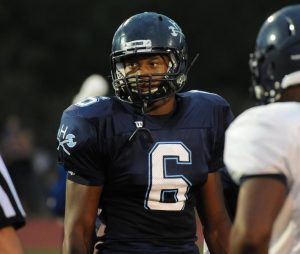 Caldwell was a force on the football team and wrestling mat. Over his final two seasons on the football field, the linebacker had 215 tackles, including 30 for loss. During his senior year, Caldwell also forced three fumbles and a had two interceptions, including one for a touchdown. On the wrestling mat, Caldwell went 30-8 as a senior and finished as the 4A runner-up at 195 pounds. He signed a football scholarship with Charlotte before transferring to Northwest Mississippi Community College and eventually finishing his career at Mississippi.

“Terry is one of the most athletic players to come through Hoggard. He was a football standout from his sophomore through senior years and truly put his athleticism on display in his magical run to the state finals in his senior year of wrestling.” – Anonymous voter 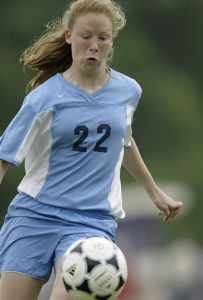 A standout in both basketball and soccer, Evans helped both teams make deep playoff runs during her senior year. The basketball team finished 24-4 and reached the 4A East Regional semifinals and the soccer team went 18-5-3 and advanced to the 4A East final. Over her final three seasons on the pitch, Evans scored 63 goals, including 25 in her final season in a Vikings’ uniform. She was a member of the N.C. Soccer Coaches Association All-State team as a junior and senior. Evans went on to play at UNCW, where she played in 53 matches and scored eight goals.

“Jenna had another gear and she used that to her advantage on the basketball court and soccer field. I always enjoyed watching Jenna compete because you knew she was going to provide a jaw-dropping moment at some point during the contest.” Anonymous voter