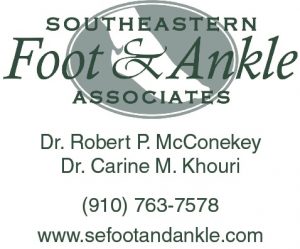 Senior Jadyn Parker scored six of his game-high 30 points in the extra session to help the Trojans end the regular season with a road victory.

South Brunswick senior AJ Rossi sent the game to overtime with a field goal. He finished with 28 points in his final home game. The Cougars also got 17 points from Jordan Jenrette.

Christian Williams and Mannie Hankins each finished with 11 points for the Trojans, who will be the No. 4 seed at next week’s MEC Tournament.

South Brunswick will either be the No. 6 or 7 seed. A draw between them and Ashley will be held Saturday morning.

After falling behind 18-15, the Buccaneers outscored their county rival 45-20 in the middle two quarters to pull away for the win.

The Buccaneers ended the third quarter on a 15-6 run to build a 60-38 advantage. They will be the No. 3 seed at next week’s MEC Tournament.

Derek Gardner scored 14 points and Jackson Sullivan added 13 to give the Pirates a victory on senior night.

Topsail (12-11, 6-8 Mideastern) trailed 10-7 after the opening quarter before exploding for 21 points in the second half to build a lead they would never relinquish.

Canon Keziah, Will Pressler and Carlos Vazquez each chipped in seven points for the Pirates, who will be the No. 5 seed at next week’s MEC Tournament.

Second round NCISAA 3A playoffs

The Hurricanes rallied for an 11-point second half deficit to advance to the third round.

Senior point guard Emmanuel Bonsu led all scorers with 21 points, including 10 in the final quarter. CFA (22-7) also got nine points from Ivan Misic, eight from Gavin Guion and seven from Georges Lefebvre.

Next up for the Hurricanes is a road game Saturday at 4 p.m. against No. 2 Carmel Christian.

It wasn’t easy, but the Screaming Eagles finished unbeaten in the Mideastern Conference for the first time in school history thanks to another huge performance from Saniya Rivers.

The junior finished with 26 points, 16 rebounds, six steals and four assists. She also sent the game into overtime by knocking down a free throw with 1.3 seconds remaining in regulation.

Ashley (20-4, 14-0) also got 19 points and four steals from senior Mia Seemadray. She connected on six 3-pointers and Rivers knocked down four.

The Screaming Eagles will be the top seed at next week’s MEC Tournament.

The Buccaneers will either be the No. 2 or 3 seed. A draw between them and Hoggard will be held Saturday morning.

The Vikings shot 49 percent (25 of 51)  from the field and connected on seven 3-pointers in the lopsided victory.

Icess Tresvik led all scorers with 15 points to go along with four steals. Freshman Lacy Lovitt went 3 of 4 from 3-point range en route to 12 points and Hoggard (20-4, 11-3 Mideastern) also got nine points and four steals from Anya Massey as well as eight points and six rebounds from Madeline Elgart.

Nija Bryant scored 11 of her her team-high 18 points in the third quarter to help the Cougars end the regular season with a home win.

The Pirates stormed out to a 15-8 lead after the opening quarter and continued to pull away in their final home contest.

Topsail (5-19, 4-10) came away with 11 steals, including three a piece from Sullivan and Kross. They will be the No. 6 seed at next week’s MEC Tournament.

Second round NCISAA 3A playoffs

Coastal Christian (12-11), which picked up its first playoff win in program history on Tuesday, also got nine points from Bella Lecci, who went 3 of 5 from 3-point range. Bryna Barton chipped in eight points and four steals and sister Brooke Barton finished with seven points and 12 rebounds.