Now that most of the fall sports seasons have come to a close, it’s time to reveal the All-Coastal Preps teams. Over the next week, you will get to know more about the players of the year while also seeing who made first and second team in girls golf, girls tennis, boys and girls cross country and volleyball.

The Coastal Preps Girls Tennis Player of the Year is freshman Sophia Catino from New Hanover. 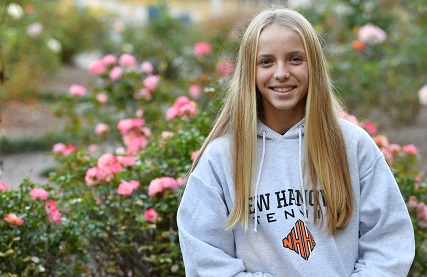 In her first high school season, New Hanover freshman Sophia Catino compiled an incredible overall record of 33-6 while playing No. 1 single and No. 1 doubles.

Catino was victorious in 15 of her 16 singles matches and finished with an 18-5 record in doubles.

Catino and partner Sara Frances Butler cruised to the Mideastern Conference doubles title with three straight set victories. The finished third at the 4A East Regional and reached the quarterfinals of the 4A State Tournament. 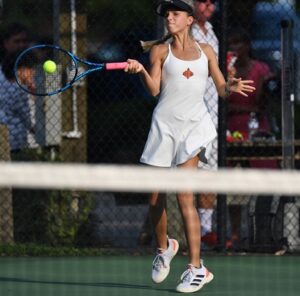 Favorite Movie(s): I really like the Jumanji, Ocean’s 8 and Crazy Rich Asians.

Do you have any superstitions or pre-game rituals? If so, what are they?: I don’t really have any, but I always have to have on my Pura Vida bracelets or else my wrist feels bare.

Do you have a sweet tooth? If so, what is your favorite treat?: Probably Ben and Jerry’s Phish Food ice cream.

What app on your phone do you use the most?: I try not to, but it is probably Snapchat.

If you could shop for free at one store, which one would you choose?: I would pick Amazon because literally everything you could possibly want you can get from there.

Would you rather hang out by the pool or on the beach?: Beach

Do you prefer cold or hot weather?: I used to always like cold weather, but now I’d probably say hot because then you can go to the beach.

Would you rather watch a movie at home or in the theatre?: I love going to the movie theatre because the screen is huge.

If you could have dinner with any 3 people (dead or alive), who would they be?: Kevin Hart, Bill Gates and Emma Watson 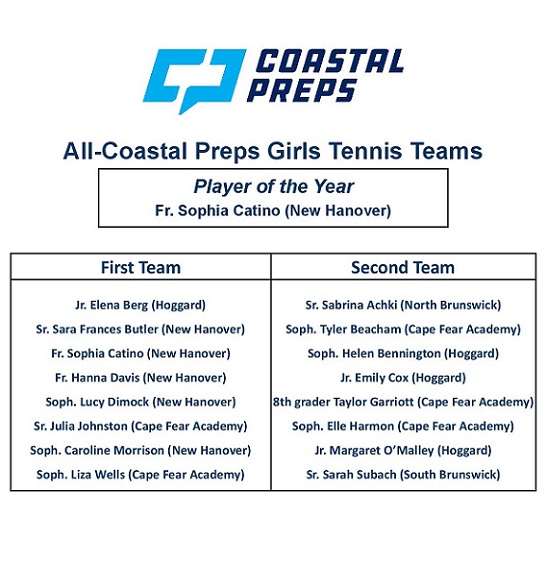 Volleyball leaders will be updated each Tuesday throughout the season. Stats were provided by area coaches. Teams reporting this week were: Cape ... Read More
Aug 30, 2021   |   Girls Golf