Sr. QB Burke Estes, Randolph-Macon (2016 New Hanover grad): Led the Yellow Jackets to a 35-3 win over Apprentice in his final collegiate game by going 12 of 16 for 149 yards and a three touchdowns.

R-Sr. DE Alex Highsmith, Charlotte (2015 Ashley grad): Helped the 49ers become bowl eligible for the first time in program history by finishing with five tackles, including a sack, in Saturday’s 24-13 victory over Marshall on Senior Day. Highsmith now has 9.5 sacks on the season, which puts him in a tie for 14th in the nation. 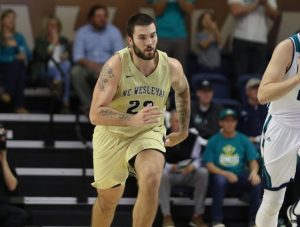 Sr. C AJ Frye, N.C. Wesleyan (2016 Hoggard grad): Scored a team-high 18 points and added nine rebounds in his return to Wilmington on Tuesday as the Battling Bishops took on UNCW.

Fr. S Julianna Askew, North Florida (2019 Ashley grad): Finished with 31 assists, 12 digs, five kills and two blocks in Thursday’s loss to Liberton in the ASUN tournament quarterfinals. Askew was named to the ASUN All-Freshman team on Wednesday. She is currently second in the country in assists.

Soph. G Azariah Fields, Mount Olive (2018 New Hanover grad): Averaged 19.5 points and 3.5 assists in a pair of contests. Field scored 20 points and dished out seven assists in her return to Wilmington as the Trojans suffered a 75-67 loss to UNCW on Wednesday. 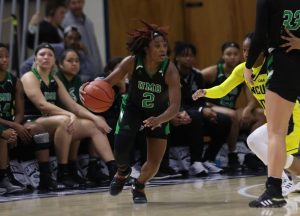 Fr. G Ratavia Merritt, Brunswick CC (2019 Pender grad): In a pair of victories, Merritt averaged 13.5 points, 3.5 assists and 2 steals. She scored a game-high 17 points on 8 of 11 shooting against Johnston CC on Wednesday.