Sr. QB Burke Estes, Randolph-Macon (2016 New Hanover grad): Completed 12 of 16 passes for 132 yards and a touchdown and also had a rushing score in a 28-21 loss to unbeaten Bridgewater.

R-Sr. DE Alex Highsmith, Charlotte (2015 Ashley grad): In Saturday’s 28-21 comeback victory over UTEP, Highsmith had four tackles, including a sack that brought his season total to 8.5. He is tied for 12th in the nation in sacks.

Fr. LB DeVaughn Shepard, Methodist (2019 Laney grad): Made a career-high nine tackles to help the Monarchs pick up a 37-33 home win over LaGrange on Saturday. 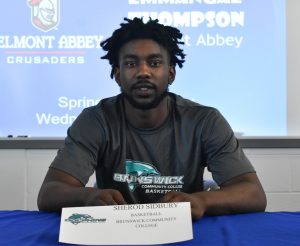 Fr. Finn Howard, Queens (2019 Hoggard grad): Swam the opening leg on the victorious 200 medley relay that finished with a time of 1:31.50 during Friday’s meet against Virginia Tech. 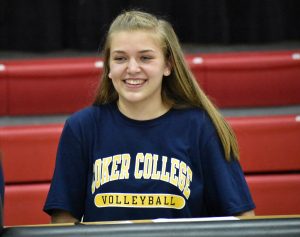 Fr. G Blair Barefoot, Lenoir-Rhyne (2019 Hoggard grad): Scored eight points and dished out a pair of assists in 17 minutes in her collegiate debut at Lander on Friday.

Fr. F Hannah Brigham, St. Andrews (2019 New Hanover grad): In her collegiate debut, Brigham got the start and scored six points in 22 minutes to help the Knight earn a 95-57 victory over Regent. 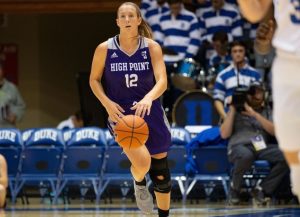 Jr. Jonathan Miller, UNC Pembroke (2015 Laney grad): Won the Pembroke Classic title at 141 pounds with a 6-3 decision in the finals. Miller went 4-0 with three decisions and a major decision.

Jr. Kevin Saravia, Life (2017 Laney grad): Finished third at 125 pounds at the Pembroke Classic after going 5-1 with two pins, two decisions and a tech fall. His only loss came to the eventual champion.