Spot A Star is a list of the top individual performances of the week. Coaches are encourages to submit the names of their athletes who excelled on the field, court or course by 7 p.m. every Sunday. The list will be published each Monday. 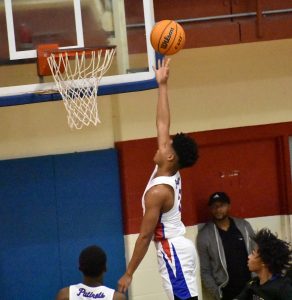 Jordan Jenrette, South Brunswick: Averaged 18.7 points, 10.7 rebounds and 2 steals in three contests, including a double-double of 25 points and 15 rebounds in an overtime loss at Jacksonville on Monday.

Jason Bunn, Hoggard: Junior diver opened his season with a first-place finish by scoring 295.28 points on Wednesday at the MEC meet at UNCW.

Tristen DeLeon, Topsail: At Wednesday’s season-opening meet at UNCW, DeLeon had new personal bests in both the 100 butterfly and the 500 freestyle (dropping 10.32 seconds).

Forrest Hoover, Topsail: Sophomore had a pair of new personal bests in the 50 freestyle and 100 backstroke at Wednesday’s meet.

Lucas Kuhn, South Brunswick: Won the 20o IM with a time of 2:25.00 at Wednesday’s season-opening meet at Brunswick CC.

Claire-Emma Britt, Hoggard: Was instrumental in guiding the Vikings to wins over Coastal Christian and Croatan, averagin 13 points and 7 rebounds.

Sydney Hartgrove, Topsail: Had another huge week, averaging 18.3 points in victories over White Oak, Pender and Northside-Jacksonville. She had back-to-back 20-point performances on Thursday and Friday.

Bella Kross, Topsail: Helped keep the Pirates unbeaten by scoring 16 points to go along with four rebounds and four assists in Friday’s 50-43 win over Northside-Jacksonville. 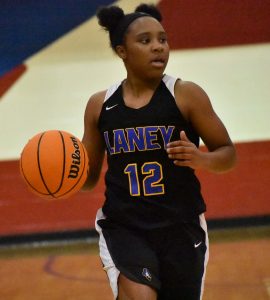 Saniya Rivers, Ashley: In her first two games with her new team, the junior averaged 29 points, 9.5 steals, 6 rebounds and 3.5 assists in lopsided wins over Havelock and Coastal Christian.

Sonti Robinson, Pender: Was one of the Patriots’ top performers against Topsail on Thursday, finishing with nine points and three rebounds.

Kylee Barkentin, Topsail: Swam personal bests in the 50 freestyle and 100 breaststroke at Wednesday’s meet at UNCW. 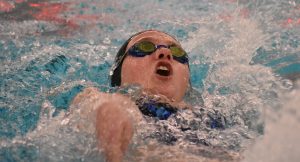 Madison Hoover, Topsail: Senior standout touched the wall first in the 50 freestyle with a time of 26.25 on Wednesday.

Riley Hubbard, Hoggard: In her first high school meet, the freshman touched the wall first in the 20 freestyle with a time of 2:12.47.

South Brunswick 200 freestyle relay: The teams of Liz Boldt, Hannah Overton, Aubrey Sherrod and Emma Stone completed the race in a regional qualifying time of 1:53.76 to finish second on Wednesday.

Ethan Blevins, Topsail: Talented freshman won his third straight individual tournament title with a hard-fought 6-5 decision in the finals at 106 pounds at the Swiss Bear Classic in New Bern on Saturday.

Alex Hopper, Topsail: Avenged his only loss of the season in finals of Saturday’s Swiss Bear Classic at New Bern to earn his third straight individual tournament title.