Soph. G/F Josh Aldrich, USC Upstate (2018 New Hanover grad): Scored a season-high 12 points by going 3 of 4 from the field and 6 of 7 from the free throw line in 23 minutes of action during Tuesday’s 79-67 win over Eastern Kentucky.

Sr. C AJ Frye, N.C. Wesleyan (2016 Hoggard grad): Helped the Battling Bishops go 3-0 on the week by averaging 21 points and 5.7 rebounds. He went 6 of 12 from the field for 18 points and also added eight rebounds and six assists in the championship game of the Roger Taylor Invitational on Saturday. 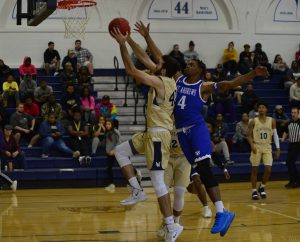 R-Sr. G Jada Bacchus, Mount Olive (2015 Ashley grad): Went a perfect 9 of 9 from the field and finished with a double-double of 21 points and 13 rebounds in an 80-66 road victory over Erskine on Saturday. 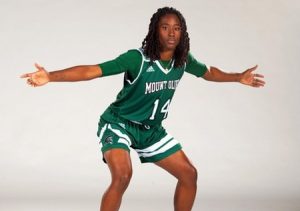 Soph. F Kapria Pressley, Brunswick CC (2014 New Hanover grad): Poured in a game-high 22 points and grabbed 10 rebounds on Thursday in a 72-61 road loss at Louisburg. Pressley went 10 of 18 from the field.

Jr. Jonathan Miller, UNC Pembroke (2015 Laney grad): The No. 5 ranked 141 pounder in Division II picked up a 6-1 decision on Saturday to help lead the Braves to a 33-6 victory over Belmont Abbey