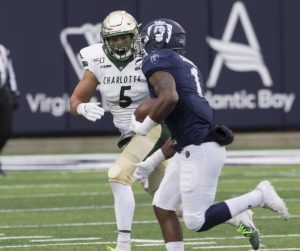 R-Sr. DE Alex Highsmith, Charlotte (2015 Ashley grad): Was named the Conference USA Defensive Player of Week helped the 49ers earn a fifth straight victory by finishing with a career-high 12 tackles, including a school-record 4.5 sacks, in Saturday’s 38-22 win at Old Dominion. Highsmith is currently tied for second in the nation in sacks with 14. 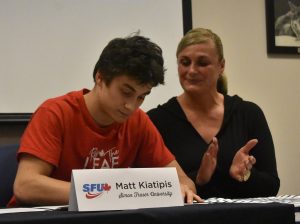 Fr. G Blair Barefoot, Lenoir-Rhyne (2019 Hoggard grad): In losses to Tusculum on Tuesday and Queens on Saturday, Barefoot scored 16 points to go along with five assists and three rebounds in a total of 36 minutes.