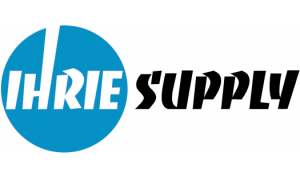 Middle School Roundup will be published each Saturday. Results and stats are compiled through emails from coaches and athletic directors. If you don’t see a result from your team, please encourage your coach or AD to start emailing them to tim@coastalpreps.com.

Coen Locklear threw a 60-yard touchdown pass to Burke Tribble for what turned out to be the game-winning score with 6:01 left in the first quarter to help the Falcons reclaim the Junction Bowl trophy.

Murray (2-1) doubled its lead with 3:11 remaining in the second quarter on an 11-yard halfback pass from Caleb Robles to Casey Gladden. The score was set up by an interception from Chase Pruitt.

Next up for the Falcons is a home contest against unbeaten Noble on Wednesday at 4 p.m. Myrtle Grove (1-2) is home against Virgo at 4 p.m. Wednesday.

Luke Skipper, Tim White and Teague Roach each found the end zone for the Knights, who remained unbeaten.

Jason Smith converted a 2-point conversion and the Roland-Grise (3-0) defense had its second shutout in three games.

The Knights return home to take on Trask on Wednesday at 4 p.m., while Williston (0-3) is home against Holly Shelter at 4 p.m. Wednesday.

Running back Mason Shand had first quarter touchdown runs of 34 and 39 yards and also came up with an interception on defense to lead the Eagles to a dominant home victory.

Noble (3-0), which finished with 150 total yards, also got a 27-yard touchdown pass from John Mason to Zac Unruh.

The Eagles held Virgo (0-3) to 70 total yards. Beau Toups had a pair of sacks and a forced fumble and Aiden Garrett had an interception.

Trey Nixon took the opening kickoff back for a touchdown and the Trask defense did the rest in the win.

The Bears (2-1) got a solid defensive performance from Aden Reese, who had multiple sacks. Next up is a road trip to Roland-Grise on Wednesday at 4 p.m.

Seventh-grader Macey Ciamillo struck out 10 and allowed only one hit in a complete-game effort to help the Knights hand the Eagles their first loss.

Ciamillo also had a big day at the plate, going 2-for-3 with a home run and three runs scored.

Taryn Wayland went 3-for-3 with a double, two runs and three stolen bases and Bella Roberts was 3-for-4 with three runs for Roland-Grise (3-1).

Brileigh Matthews allowed only one hit and struck out seven in a dominant complete-game performance to lift the Bears to a road win.

Murray’s (3-2) lone hit was a triple from Brooke Kennedy. Catcher Eliza Wood threw out a running trying to steal and Aspen Sawyer made a nice catch.

The Gators earned their first victory of the season thanks to a combined eight hits from Carly Linz, Danielle Insel and Mariah Hewlett.

Linz earned the victory by pitching three innings before turning the ball over to Logan Campbell. With the win, Myrtle Grove improved to 1-4 and Williston fell to 0-5.

Jayden Peterson went 4-for-4 with a double, triple and three RBI and the Bears pounded out 15 hits to remain unbeaten.

Trask (5-0) exploded for six runs in the top of the first inning and tacked on three runs in the second, four in the third and two in the fourth. Layla Carr had three hits, including a home run, and scored three runs.

Bailey Betencourt improved to 2-0 in the circle and finished with five strikeouts. She also went 3-for-3 at the plate with three runs.

Roland-Grise (4-1) also got three hits, a sacrifice bunt and two runs scored from Abby Soodek as well as a hit, walk, RBI and run from Ayla York.

Macey Ciamillo had another big game in the circle and at the plate. She struck out six and allowed only one earned run, while also going 3-for-5 with a home run and a pair of runs.

Holly Shelter (2-4) got a pair of hits from Ella Zuckerman. Caitlin Noe was 1-for-1 with a walk, hit by pitch and a run scored.

Meet at Olsen Park on Thursday

Meet at Olsen Park on Thursday

Isaiah Perry of Murray picked up his second straight victory and the Falcons had six other runners finish in the top 15 to earn the team win.