With several high school sports seasons coming to a close, it’s time to reveal the All-Coastal Preps teams. Over the next week, you will get to know more about the players of the year while also seeing who made first and second team in boys tennis, boys and girls golf, boys and girls lacrosse, girls soccer and softball.

The Coastal Preps Girls Golfer of the Year is senior Grace Holcomb from Laney. 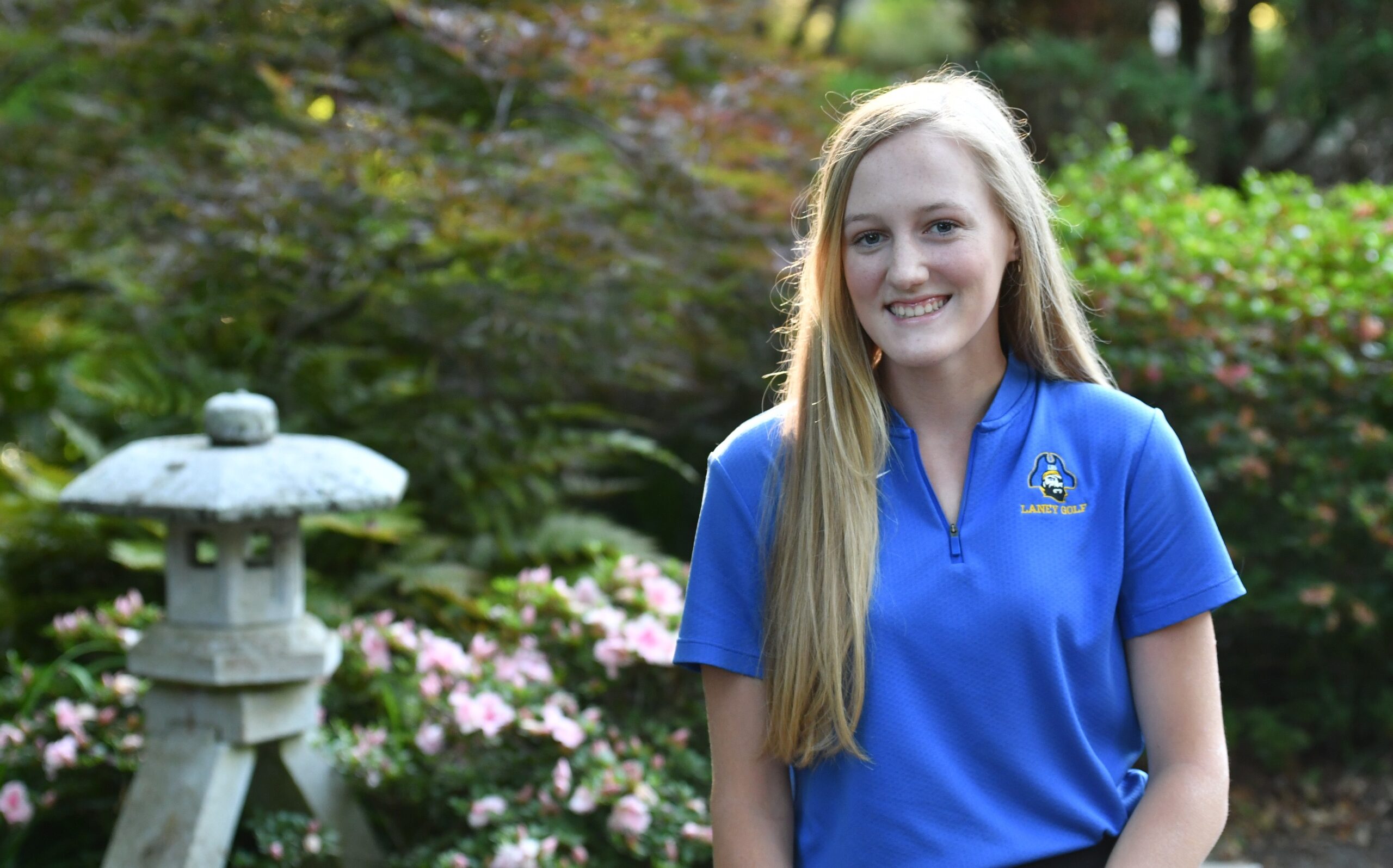 Laney’s Grace Holcomb capped her illustrious high school golf career with one of the greatest seasons in Wilmington history.

The UNC Greensboro signee was the medalist in seven of the eight events she played. She opened the season with back-to-back even-par 36s in nine-hole matches at Landfall and Magnolia Greens. Holcomb then played six 18-holes matches and finished with a stroke average of 71.5.

She concluded her career with three consecutive rounds under par. That included a 7-under-par 65 at Magnolia Greens to set a new Mideastern Conference Championship record. Holcomb’s score helped the Buccaneers claim a sixth straight team title.

A week later, she won the 4A East Regional with a 3-under 69 at The Neuse Golf Club before finishing as the runner-up at the 4A State Championship with a 1-under 69 at Pinehurst No. 1. 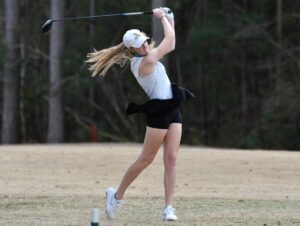 Favorite memory from this season: Shooting a 65 at our conference championship and winning conference with my team.

Favorite memory from your career: Playing at Pebble Beach with Senior PGA pro Sandy Lyle in 2019.

Favorite thing about your school or team: I think it’s pretty cool that I went to the same school as Michael Jordan!

Favorite vacation you’ve taken: I went to the Bahamas with my best friend a couple years ago for my 16th birthday! I decided to go with her the night before they were supposed to get on the plane. Spontaneous trips are always the best!

If you could travel anywhere in the world, where would you go?: I always say that I want to go to Australia. My friend moved to Newcastle in middle school and I still stay in touch with her. I’ve been trying to plan a trip for a while!

Are you a fan of roller coasters? If so, what is the best roller coaster you’ve ridden?: Yes, I love rollercoasters! I’ve been on the Fury at Carowinds a lot of times and I love Everest at Disney.

Do you like breakfast, lunch or dinner best?: I like dinner best because there’s a lot more options to choose from.

What is a skill you are bad at that you wish you could master?: Singing

What app on your phone do you use the most?: Instagram and TikTok

Which local restaurant has the best hamburgers?: Copper Penny

What toppings do you like on your pizza?: Bacon

What was your favorite TV show as a child?: Wizards of Waverly Place

If you could have dinner with any 3 people (dead or alive), who would they be?: Taylor Swift, Olivia Rodrigo and Tiger Woods

How did you pass the time during the COVID-19 lockdown?: Started a successful candle business (Baby J Candle Co), watched a lot of Netflix and practiced golf. 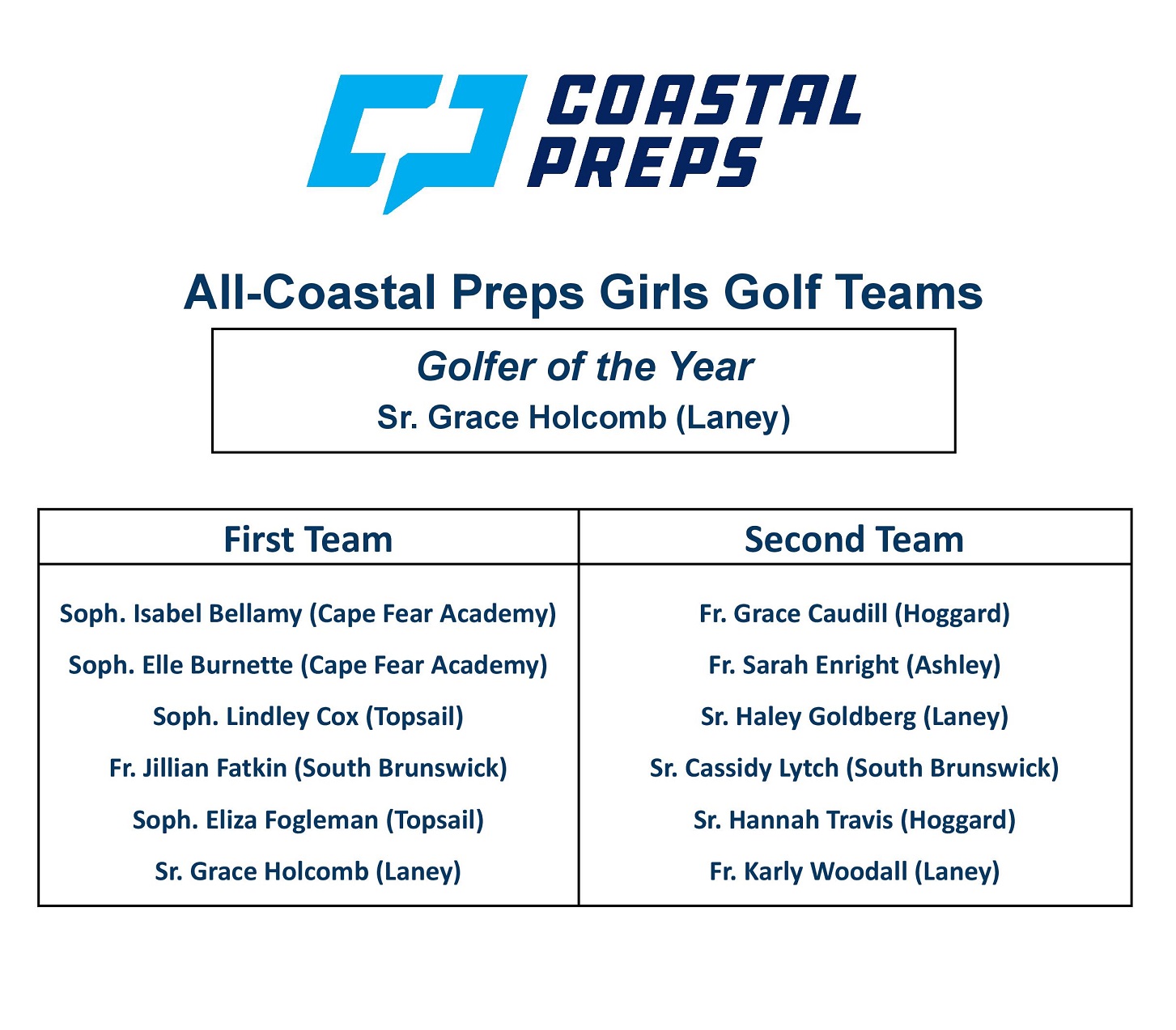 The Mideastern Conference 4A tournament was played at Hoggard on April 26, 2021 ***Click here to buy digital files or photo prints ... Read More